Students studied and reinterpreted the story of Goldilocks and the Three Bears in an integrated unit that involved English and The Arts. They participated in a process of play-building, in which they learned about Edward De Bono’s Six Thinking Hats, and used that information to structure their drama into sequences that represented the intention of each ‘hat’.

In this sample, the students have used the red 'emotional hat’ to develop and perform a doctor’s practice scene, treating the character of Baby Bear for his suffering caused by Goldilocks. The performance was completed in a small group during the unit of work and was presented to the school and its community at the end of term along with performances by other groups in the class.

By the end of Year 4, students describe and discuss similarities and differences between drama they make, perform and view. They discuss how they and others organise the elements of drama in their drama.

Students use relationships, tension, time and place and narrative structure when improvising and performing devised and scripted drama. They collaborate to plan, make and perform drama that communicates ideas.

By the end of Year 4, students describe and discuss similarities and differences between artworks they make and those to which they respond. They discuss how they and others organise the elements and processes in artworks.

Students collaborate to plan and make artworks that communicate ideas. 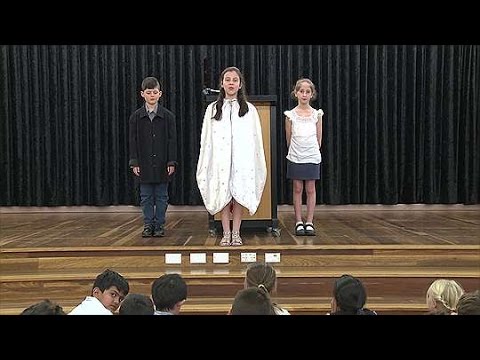 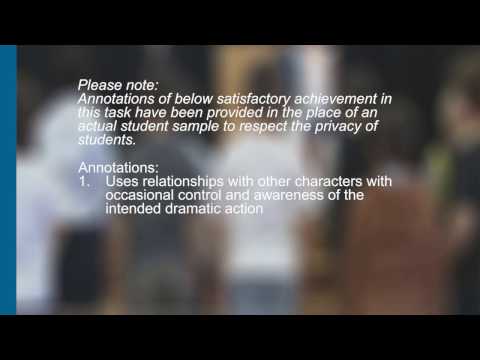